Club with a history

Moseley Ashfield Cricket Club (MACC) is an ECB Clubmark accredited club and a Warwickshire Focus Club with a fine history and tradition going back to 1900. Through our youth section we have produced many county cricketers including Moeen (Munir) Ali, now of Worcestershire and England.

We have even hosted international cricket in the ICC cup – Bangladesh played at our Graveyard Ground in 1986!

The club runs a very successful mid-week business league, The John Bright Trophy, with 16 major Birmingham Businesses fighting it out for the Trophy every midweek evening at the Centenary Ground from May to August.

Our 1st XI play at ‘The Graveyard’, Yardley Wood Road and our second ground is at The Centenary Ground, Britannic Park.

We are members of the Warwickshire Cricket Premier League and have four Saturday senior men’s league teams as well as a large and successful youth cricket section, with all age groups represented from under-9s to under-17s.

Both the Graveyard and Centenary Grounds are also available for private hire.

It was Saturday June 26th 1900, Queen Victoria had entered the final year of her reign, the Boer War was at it’s height and in Sweden the Nobel Prize was established and at The Reddings; home of Moseley F.C., a challenge cricket match took place between the newly formed Kings Heath Baptists team and a group of friends who had played together on open ground in Ashfield Avenue, Kings Heath.

Attending that game was local solicitor Walter Best Bach, who 10 days later called a meeting at his home, “Beverley”, on Ashfield Avenue, after the possibility of forming a cricket club had been raised.

At the meeting, it was decided to name the club “Ashfield Cricket Club” as a complement to Bach. A ground was rented for the rest of the summer from a Mr Hincks, a farmer in Brook Lane, Billesley.

In 1901, the club moved to a ground in Stoney Lane, then in 1904 the club reached it’s existing home at what was then Coldbath Form. A small pavilion was purchased from Bournville Linden Tennis Club, re-erected at the club’s new home and formally opened by Walter Bach on June 9th 1906.

What we believe to be the last surviving pre-Great War wooden pavilion in England was the result of an appeal for the then considerable sum of £300 in 1913 (£35,000 today). Incredibly, the new pavilion was opened a matter of months later on May 9th 1914 by Mrs A.B.Bach.

The early years of the club’s history proved a time of steady if unspectacular progress. With the increase in playing strength came a gradual improvement in the quality of the fixture list.

These are the pictures of  opening of Moseley Ashfield’s new pavilion in 1914 by President Walter Bach & his wife.

The colours, in these more than a century old historic photographs, have been restored by Fraz Wahlah

Credit With Thanks
Excerpts taken from Mr. Ross Reyburn’s booklet “Life at The Graveyard”

During the 1914-18 Great War Ashfield members paid a heavy price for their patriotism like so many groups and communities up and down the land. More than 90% of the club’s membership volunteered for service in 1914, 18 were never to return to Yardley Wood Road and their names, along with the dead from Moor Green F.C. (founded in 1901 by members of Ashfield), are remembered today in a memorial tablet unveiled by Walter Bach, who was president of both clubs, on April 23rd 1921. The stories of these men, along with those who served and died from Moseley F.C. and Moseley Golf Club, have recently been researched and re-told by Doug Smith in his book “Who’s For The Game”.

It was during the post- Great War period that the club moved into a higher level of the West Midlands club cricket scene with fixtures against the likes of Sutton Coldfield, Knowle & Dorridge, Coventry & North Warwickshire and was able to hold its own, with results equally divided between wins, losses and draws. It was also in this period that Ashfield produced its first top flight cricketers including Barry Hands, T Lloyd-Robinson and John Hacking.

In the years following the Second World War Ashfield established itself as one of the strongest clubs in the West Midlands, in 1958 beating a strong Warwickshire Club and Ground XI, but it was to be the early 1970’s that saw the club’s most successful period, winning the inaugural Midland Club Championship in 1971 and finishing runners-up the following year. It was in the middle of this period, in 1964, the club was re-named Moseley Ashfield to be more reflective of the locality and community in which it was rooted.

The years since the club’s 75th Anniversary in 1975 have seen a quixotic mix of triumph, failure and rebirth, but did contain a remarkable run to the regional final of the National Club Knockout , beating the likes of Old Hill along the way before finally missing out to the other Moseley club who went on to win the competition at Lords.

Our TeamFind us
LOVE CRICKET?

We are always looking for new players, members and sponsors.

Our senior teams train every Thursday evening during the season (May to September) from 6:00pm in the nets at our Britannic Park ground.

Our Youth Members train every Friday from 6pm at both the main ground on Yardley Wood Road and the Centenary Ground, Britannic Park 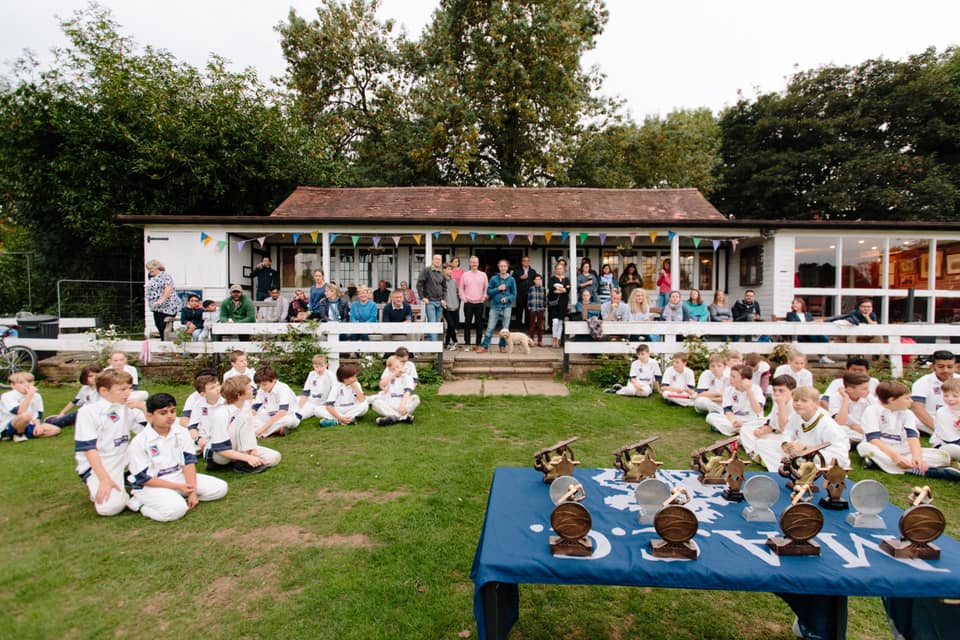